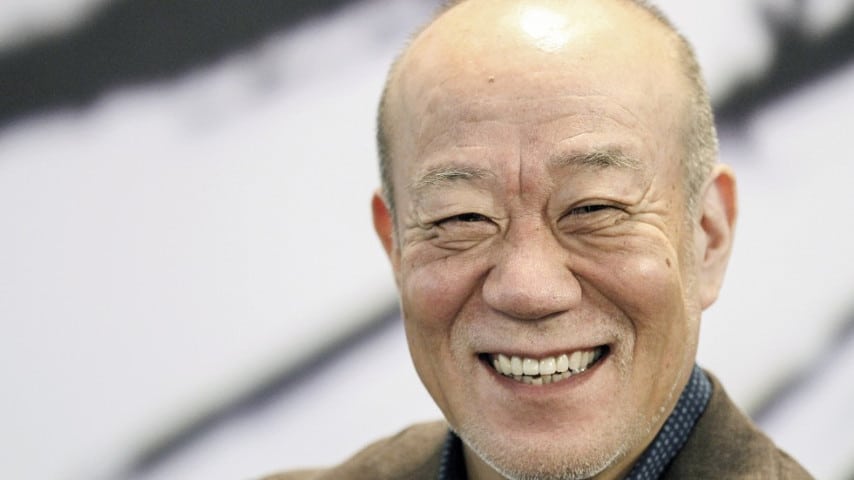 It is apt, given the location, that Joe Hisaishi wants to talk about the universal language shared by music and cinema.

It’s just an hour or so after the 64-year-old Japanese maestro played a packed Teatro Nuovo in the small northern Italian city of Udine. He conducted the RTV Slovenia Symphony Orchestra, leading its 80-plus members and at times accompanying them on piano as they performed a selection of Hisaishi’s compositions for the films of master Japanese animator Hayao Miyazaki, including the score for the Oscar-winning Spirited Away (2001).

For a country that has – like so many others across the globe – taken Hisaishi’s music to heart, it’s a rare treat: it was the first time he had played a concert in Italy and a coup for the city’s Far East Film Festival, which for its past 17 editions has championed Asian cinema in Europe. Many of the films scored by Hisaishi are huge hits in Italy: his performance received a standing ovation from the 1,200-strong audience.

Throughout his visit to Italy, Hisaishi has been received in a manner usually reserved for rock stars. And he believes that the reason his music – made over a career that now spans more than three decades – has travelled so far is because the two languages of music and cinema cross all cultural boundaries.

This is a rare thing,

he says, surveying Udine’s cobbled streets. But everywhere you go in the world, people share these two things and can relate to them.

Hisaishi – born Mamoru Fujisawa in Nagano, Japan – took up the violin at the age of five and, as his music career progressed, he fell under the spell of acclaimed Japanese electronic outfit Yellow Magic Orchestra, which included as a member composer Ryuichi Sakamoto. Hisaishi’s minimalist, sometimes experimental style evolved during the 1970s and expanded into orchestral works before a friend suggested him to Studio Ghibli’s Miyazaki, who was looking for a composer to score his film Nausicaä of the Valley of the Wind (1984).

In Miyazaki, the composer found a kindred spirit whose fantastical take on the world suited the sparse sounds Hisaishi drew from his music. He would go on to work with Miyazaki on every film he made after 1984 before the director – at 73 – called time on his filmmaking career. These films went on to become some of the best-loved animated features of all-time, including My Neighbor Totoro (1988), Princess Mononoke (1997), Spirited Away (2001), Howl’s Moving Castle (2004), Ponyo (2008) and The Wind Rises (2013).

For the worlds he helped create with Miyazaki, the composer says they often discussed how to portray the feeling of flight, which figures prominently in the director’s oeuvre. “Many of his works have flying scenes and flying has always been the dream of human beings,” Hisaishi says. “So I tried to connect with this feeling of hope, to the spirit of these scenes. Music that is slower, that allows the audience to experience what’s in the space between movements.”

He says that Miyazaki’s retirement has ended that chapter of his life, but he has learned important lessons from every director he has worked with – including Takeshi Kitano (Hana-bi, 1997) and Jiang Wen (The Sun Also Rises, 2007) – as well as his own experience at the helm of Quartet (2001), which follows a group of struggling young musicians.

This experience helped me to understand that directing is hard work. Now I see a film not only from the perspective of a musician, but also from the point of a director. I don’t want to work with directors who use music only to accentuate sound effects. I want to work with people who give music the value it deserves.

It still starts the same way – with a piano. I use technology but don’t rely upon it. I think it should be part of the process, not the entire process
Joe Hisaishi

Hisaishi says his collaborations with filmmakers start with a script reading.

I need to have a clear idea of the content and the plot,

Then I meet the director and learn what his ideas are, what are the actions he wants to bring emotion to. Then I want to see how the characters move. I have to think in terms of musical tempo. Let’s say someone comes into a room and slowly sits down or someone rushes into the room and rushes to sit down. That’s how to work out the tempo of the music you produce.

When it comes to recording a soundtrack, Hisaishi says he insists on being in the room when the music comes to life, just as he likes to be involved in every aspect of an orchestra’s preparations before a concert, as he was in Slovenia before making the drive into Italy for his concert. “I always deal with this personally as I want to explain to the orchestra all the nuances of the music. So I have to be there. I have to make the people understand what they have to do and understand the music they have to play. There is no other way to make this work.”

I actually don’t like playing the piano or conducting the orchestra. There is always an exchange of energies, which is not even. It’s one against 80.

Hisaishi had arrived in Europe earlier in the week, spent two days rehearsing with an orchestra he had never worked with before, and then proceeded to lead it through a faultless night that mixed his more famous film scores with selections from his solo career as a composer. Departures – from a film that follows the life of a failed cellist – was a highlight of the performance in Udine and saw Hisaishi bounding across the rostrum giving directions and urging the musicians on.

When I am on stage I am locked away in energy and in concentration,

I hear and I think about nothing but the music and I can only relax when it is over.

Speaking to the press the day after the concert, Hisaishi does look far more relaxed. And it comes as a surprise to learn that for an artist whose work seems so effortless, the process of writing music is fraught with anguish.

The most painful element of my life is composing because sometimes nothing comes to mind. It is very hard and very difficult. Sometimes the result is zero, but I go to bed and I feel something and some idea is born. So in the end there might be a composition, but the experience is often most painful.

While the composer has adapted to technological innovations which have made every laptop a potential studio, there are traditions he will never abandon.

It still starts the same way – with a piano,

I use technology but don’t rely upon it. I think it should be part of the process, not the entire process.

In Udine, Hisaishi was handed a lifetime achievement award for his contributions to Asian cinema. He says he has given little thought to how his music might be considered through history – it’s the here and now that concerns him.

I think this prize shows that I am appreciated and my work is appreciated. I can ask for nothing more in my life.